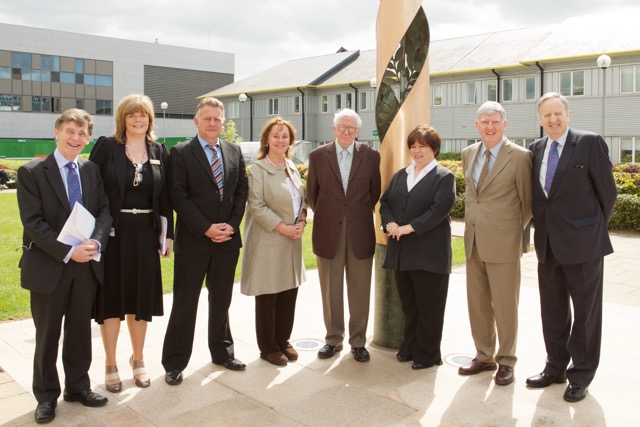 In the years following its foundation (1971), St James’s Hospital was in a strong position to develop a centre of excellence which would combine clinical care of older patients with research into the challenges of ageing. It had inherited a long tradition of caring for older people and was also the major teaching hospital for the medical school of Trinity College Dublin. Davis Coakley, who was appointed as a consultant physician in geriatric medicine in 1979, first proposed such a development in a paper, which he wrote for the Medical Board of the hospital in 1980.

This was the first research institute in St James’s Hospital and it developed an international reputation for its work on the diseases of ageing. In 1990, the Health Research Board awarded the Mercer’s Institute a grant of 500,000 euro to establish a Memory Clinic and to carry out basic research into Alzheimer’s disease with colleagues in Trinity College. The success of MIRA was a major factor in the creation of the Department of Medical Gerontology in Trinity in 1999.

In 2000, Bernard Walsh, Brian Lawlor and Davis Coakley produced a document entitled ‘Creating a National Institute of Ageing’ which proposed a significant expansion of the existing Mercer’s Institute and the provision of a state-of–the-art clinical department. At around the same time Professor Tom Mitchell was appointed chairman of the Board of St James’s Hospital and he gave the project his full and enthusiastic support. A greatly revised and updated proposal for a centre of excellence was submitted to the Department of Health and to the Eastern Regional Health Authority, precursor of the HSE, in 2002.

The chances of seeing the centre built were increased significantly when the North American charity, Atlantic Philanthropies, decided to switch its investment policy in Ireland from third-level education to ageing. A number of meetings took place with representatives of Atlantic Philanthropies and they encouraged the St James’s team to develop the proposal. As a result, St James’s Hospital established a Corporate Planning Team. Most of the members of this team were drawn from the senior staff of St James’s Hospital and Trinity College, and also included the former Taoiseach, Dr Garret Fitzgerald. Prof Rose Ann Kenny, who was at that time professor of Cardiovascular Research at the University of Newcastle-upon-Tyne, joined the team as external adviser.

This planning team produced the document, ‘A Centre of Excellence for Successful Ageing’, in 2004. The development had the support of senior officers within the Department of Health. The document was submitted to Atlantic Philanthropies and resulted in a positive outcome. The Board of Atlantic decided to support the centre, initially by co-funding, with the Department of Health and Children, a full-time chair and a senior lecturer in Geriatric Medicine together with support staff. Prof Rose Anne Kenny, who has an international reputation in falls and syncope, was appointed to the chair in 2005. Her appointment brought new energy and leadership to the project. Prof Joseph Harbison, who has a special interest in stroke medicine, was appointed senior lecturer in 2006. He has made a major impact on the treatment of stroke in this country.

St James’s Hospital received a grant of 17 million euro from Atlantic Philanthropies towards the construction costs of the centre in December 2006. This was a major vote of confidence in the merits of the proposal. Its timing was critical and strengthened the case for funding from the Department of Health and Children and the HSE. The construction grant from Atlantic Philanthropies was conditional on the Department of Health and Children and the HSE providing the balance needed to build the centre, which was to cost in the region of 49 million euro. Mary Harney, Minister for Health and Children, was very supportive of the development and in 2009 the minister and the HSE made the commitment to provide the necessary funding.

The Board of St James’s Hospital appointed the firm of Moloney O’Beirne as architects. The dedication of the architects to the project resulted in a magnificent building which was chosen for the healthcare building of the year award 2017 by The Royal Institute of the Architects of Ireland.

The Mercer’s Institute for Successful Ageing was officially opened by the President of Ireland, Michael D. Higgins on 7 December 2016.